It is often claimed that Rife visited Heidelberg (in Germany) around 1913, worked on images for the "Atlas of Parasites" and received an honorary doctorate for that work from Heidelberg university in 1914.

Rife in Heidelberg?
Documents show that Rife was in Germany during 1913 serving in the millitary, yet there are no records available to connect him with Heidelberg University. I have been in direct contact with Heidelberg university and their archives were very helpful in looking up their records. Their records of the time do exist and have not been lost in any way. However, they can find no reference to Royal Rife in that period and certainly no honorary doctorate. They receive about 4 enquiries a year on this issue.

Rife did mention Heidelberg on the audio tapes, yet he does not claim he studied there. He only said that he did some work for them and from this work came his Honorary PhD. It is John Crane who states that Rife studied at Heidelberg. All the research, I have been able to do, does not provide any evidence he ever studied or worked at Heidelberg university. Ben Cullen mentions, in one of his interviews, that there was some controversy over his degrees even back in the 1930s.

It should be noted that there are several towns in the USA that have the name Heidelberg and it is possible that Rife visited one of those towns, instead.

Atlas of Parasites?
An "Atlas of Parasites" does exist and was published in 1914. The main author did also work on the book in Heidelberg, so if Rife was associated with such an atlas, this is the one being referred to:

I have been able to borrow a copy of this German language atlas from the German central medical library, which luckily is based in Cologne where I live. The last time anybody had borrowed this book from the library was back in 1964. It is in excellent condition and looks almost like new. There are no missing or altered pages and it is well illustrated. As I can read German, it was interesting for me to look through this book.

I have now looked at every page of that book and Rife is not mentioned anywhere. The atlas is instead credited to R.O. Neumann who painted all the pictures shown on the 45 colour pages of the atlas! To see the atlas, click on the book cover (PDF 19.2MB)

Did Rife Work for Carl Zeiss in Germany?

It has also been claimed that Rife worked for Carl Zeiss in Germany. I personally visited the Zeiss archives in Jena and spoke to their chief archivist Dr. Wolfgang Wimmer who searched their records for any record of Rife. Nothing could be found although records from that period did exist.

There is however evidence that Rife worked for Carl Zeiss Inc in New York where it is claimed he worked with Hans Luckel, who was Carl Zeiss's optical scientist and researcher, for six years. It is claimed that Rife learned how to grind parabolic lenses while he was there and also did some photography work on specimens. For that work Rife said he received an Honorary Doctorate. The image shows a signed copy of "The Zeiss Works" that was given to Rife dated 03/08/28.

It appears that John Crane either misunderstood or simply embellished parts of the Rife story. Barry Lynes reported that he had to check the facts for himself when he wrote his book about him. Some other things that John Crane embellished were that Milbank Johnson was murdered. He claimed that his body was exhumed and they found that he was poisoned. Johnson was cremated so there was no body to exhume. He also claimed that Rife was murdered from an overdose of valium. Rife died quietly in the rest home and there was no indication of any foul play. John Crane and Marsh also said there were 16 terminal cancer patients that were cured. It is true that there were 16 patients but some had cancer and some had tuberculosis. The list goes on but I think you get the point. What Crane and Marsh said must be checked out thoroughly before you can believe it.

I hope this helps to clear up part of the story. Based on what I have learned, claims that Rife worked on the "Atlas of Parasites" in Germany cannot be substantiated at all. It is likely that this part of the story was embellished by John Crane, for example. 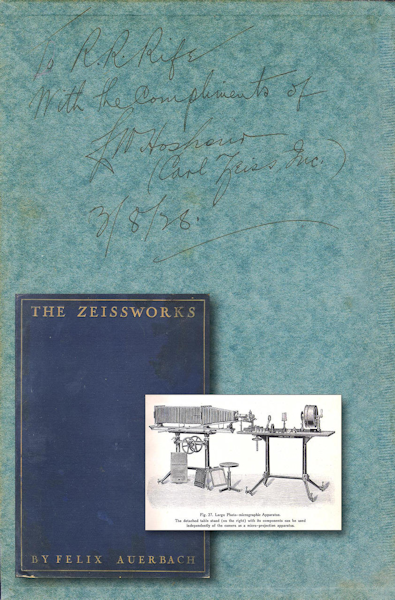