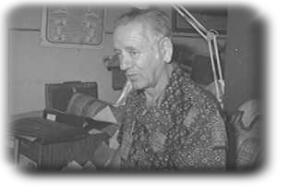 John Crane worked closely with Royal Rife for a number of years and had a good insight of what he was doing.

This rare report was originally intended for distribution within the Rife Laboratory, only.

Although this report has not been dated, it was obviously written after the release of "The Cancer Cure That Worked" book by Barry Lynes which was first published in 1987.

Click here to read the John Crane Report - For Limited Circulation - Updated May 22, 2017

Updated version, released May 22, 2017 by Peter Walker of www.rife.de:

This new updated version includes nearly all the missing pages and an extended Appendix Z.

We have been able to locate and insert seperate copies of all the missing pages, except for Appendix T (National Cancer Institute position March 1972).

The original document only had one page of the patent from 1986 in Apendix Z with a comment that more will follow. We have kept that promise by adding the complete patent for your convienience.

The updated PDF has also been straightened and OCR'd so that you can cut and paste the information as needed.